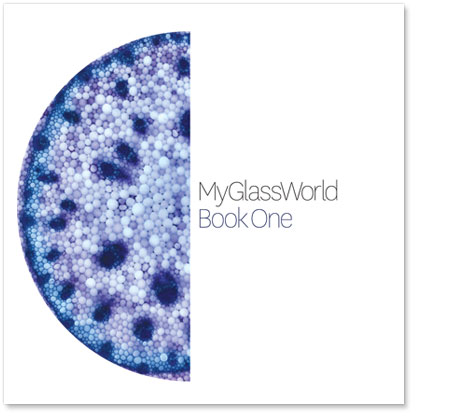 Jamie Telford and Dinah Beamish were the duo on the album ‘My Glass World Book One’.

The album attracted this review by Martin Townsend from the Sunday Express: “Together they have made an album that is simply revelatory: an exercise in mature, literate pop music, beautifully sung and played, which deserves to be all over Radio 2 at the very least….”

Their work -haunting, joyous, wry, but always beautiful- is the first collaboration of its kind of its kind between them. Born in Border country, its a project that blurs boundaries, and marks the point where two wildly different animals meet. Jamies’ song writing is the culmination of a freewheeling career steeped in all kinds of music making. He has recorded for the Jam and a host of other bands of different shapes and sizes. He has composed music for advertising, film and theatre-and turned his talents to contemporary classical music. He trained as an architect, studied musicians composition, acted, run his own label, and run his own business. He has also written for his home town in the Scottish Borders, where he still performs each year with local flute and bagpipe bands- and where My Glass World go to think, drink, write and rehearse.

Cellist Dinah, is a regular performer with the Jools Holland band for the ‘Hootenanny’ New Years Eve TV show, ‘Later’ and is playing in the string section of several of Jools’ albums.

Her busy freelance career has its roots in the classical domain, from playing with the RPO and the orchestra of St. Johns Smith Square, to the Birmingham Royal and English National Ballet Companies. In the lighter side of music she has played in many West End Shows, and was a director of Electra and Brilliant String Groups, ensembles who feature in the work of of many popular artists, from Zero 7 to the Stereophonics and from nick Drake (posthumously) to Peter Gabriel. Her string arrangements can be heard on The Veils albums, Runaway Found and Sun Gangs. Dinah has also travelled to India to study Raga, transferring them to play on the cello.

Sunday Express March 18, 2012
My Glass World ‘Book One’
“Together they have made an album that is simply revelatory: an exercise in mature, literate pop music, beautifully sung and played, which deserves to be all over Radio 2 at the very least…”
By Martin Townsend
Read entire review